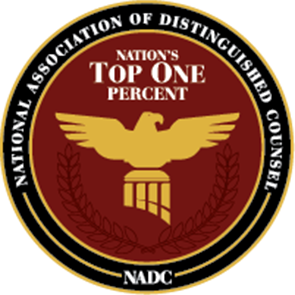 The National Association of Distinguished Counsel

This organization is dedicated to promoting the highest standards of legal excellence. It’s mission is to objectively recognize the attorneys who elevate the standards of the Bar and provide a benchmark for other lawyers to emulate. Members are vetted by a research team, a blue ribbon panel of attorneys, and a judicial review board. By virtue of the incredible selectivity of our appointment process, only the top one percent of attorneys in the United States are awarded membership in this organization.

The roster of members truly consists of the leading legends of the legal profession. They are featured prominently on networks and in publications such as ABC, NBC, CBS, MSNBC, FOX, The New York Times, The Washington Post, Time, and Newsweek.

In addition to Mr. Jackson, other prominent members include:

Member of the O.J. Simpson murder defense ‘dream team’ and Co-Director and Co-Founder of the Innocence Project which to date has resulted in the DNA based exonerations of over 300 wrongfully convicted individuals.