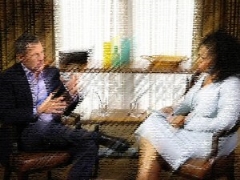 When we watched Armstrong being interviewed by Oprah, the first thing that came to mind was the fact that the video of the interview would be used for many years to come in both the civil and criminal courts. Regardless of how you feel about Armstrong “coming clean” (which by the way we don’t think he did), doing this live interview with Oprah was not a very smart legal move.

Most of us in the legal profession immediately picked up on his comments about not doing illegal performance enhancing drugs and, other admitted activities, at any time after 2005. That’s not a coincidence folks.

That self-imposed time frame allows for the statute of limitations to lapse (no more civil and criminal legal repercussions). However, whether he realized it or not, Armstrong opened up a can of woop ass that’s going to haunt him for the rest of his life for a number of other reasons (crimes including obstruction, witness tampering and intimidation). We don’t know if Armstrong’s lawyers advised him of this but we’d be surprised if he’s not criminally prosecuted.