Scott Alex Abraham is being charged with two counts of murder by the Orange County District Attorneys Office. His reckless and irresponsible distracted driving resulted in a tragic automobile collision leaving two dead and two others serious injured.

On Wednesday, May 25, 2016, this firm on behalf of Robert Hampton, his adult daughter Megan Hampton and Megan’s minor child, moved forward with the filing of a $25,000,000 wrongful death and bodily injury claim against Abraham. On behalf of the Hampton family, our intention to hold Abraham accountable for the reckless and self-centered decisions he made on the day he turned our clients’ lives into a living nightmare. Please see the KTLA News 5 video shot shortly after this incident. 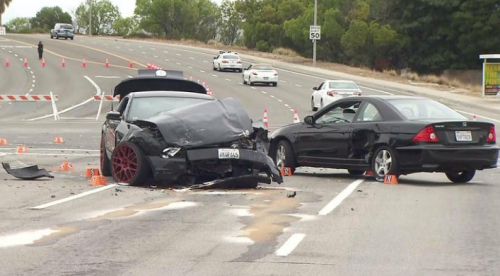 Because of Abraham’s irresponsible and dangerous conduct, Kathy Hampton, a grandmother, and her two-year-old grandchild, Kaydence Hampton, sustained fatal injuries in the collision. Kaydence’s mother Megan, and her minor son, who were also in the vehicle, sustained serious injuries but survived.

A preliminary investigation indicates Abraham was operating his vehicle at a high speed and may have been racing. Additionally, and based upon information and belief, we believe Abraham was also been engaged in distracted driving. After the collision, it is reported that Abraham fled the scene. Fortunately, he was located and arrested the next day and is now facing two counts of murder (Penal Code §187(a) in the Orange County Superior Court. 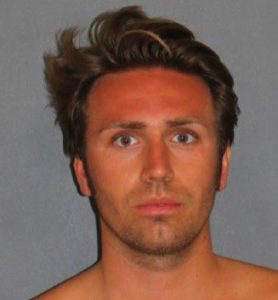 On a related note, it’s been reported that Abraham had previously used his smartphone to take and share video with friends and on social media while driving. One video shows Abraham traveling at 108+ mph down the freeway panning from his speedometer to a shot of the freeway and then back to his dashboard. It’s our understanding that video may be used in the criminal prosecution. [Abraham is pictured]

Once the criminal case is concluded and we have completed discovery in this civil case, we will update this post with all relevant information.

Other facts about reckless and distracted driving

Most people are not aware of the fact that each year in the United States, about 2 million drivers experience permanent injuries and another 40,000 people die from vehicle accidents and collisions. 40% of all deaths caused by car accidents involve alcohol and another 30% of car accident fatalities are attributed to speeding. Reckless driving accounts for 33% of all deaths involving major car accidents.

When it comes to distracted driving, 4,000-6,000 people a year are killed and another 400,000-600,000 are injured by distracted drivers. Every single second during daylight hours there are 600,000 people operating vehicles with smartphones in their hands.